Over the centuries, Islam spread well beyond Arabia. Much of that 1,400 years has been a history of war. A conviction that has been called a “sixth pillar” of Islam is jihad, which means “exertion or struggle.” Sometimes Muslims have thought of jihad as the struggle for true religion in a chaotic world, and sometimes jihad has meant a holy war—the taking up of arms in a just cause.

between Muslims and non-Muslims. We look at the World Trade Center tragedy and other terrorist acts and we ask ourselves, How can these things possibly be? We know that these were not the attacks of all Muslims, but they were the acts of some Muslims.

Samuel P. Huntington is a professor at Harvard University and the author of a fascinating book called The Clash of Civilizations and the Remaking of World Order, written before September 11. Huntington says that the causes of contemporary Muslim wars lie in politics, not seventh-century religious doctrines. He gives several reasons for the rise of radical Islam in the modern world:

• There’s a resurgence of Islamic consciousness, movements and identity, a response to modernization and globalization and secularization.

• Throughout the Muslim world, there is a sense of grievance, resentment and hostility toward the West and its wealth, power and culture, prompted by Western domination of the Muslim world for much of the twentieth century.

• There are bitter divisions within the Muslim world—tribal, religious, ethnic, political and cultural—and there is no single dominating Muslim state today.

• High birthrates in Muslim countries have produced an explosion of youths, particularly males between 16 and 30 years old who may be educated or uneducated but are unemployed. They are the ones joining radical organizations like guerilla groups and terrorist networks. Young males are the principal perpetrators of violence in all societies, and they exist in abundant numbers in Muslim societies.

Could all of this become a war between civilizations, not just one country against another country or even one ideology against another ideology—whole civilizations set against each other? This is the desired goal of people like Osama bin Laden, although one of the things preventing such a development today is that Islam is not united. There are many different factions. The sobering fact is that radical Islam includes not just a few thousand terrorists, but tens of millions of Muslims. Newsweek reported:

If we recognize that the underlying struggle is not just with actual terrorists but with radical Islamists who see the world as a Manichaean struggle of believers and nonbelievers, then we are not talking about a small and isolated group of fanatics. Osama bin Laden has evoked substantial sympathy throughout the Muslim world since September 11 for standing up to the United States, from slum dwellers in Karachi to professionals in Beirut and Cairo, to Pakistani and Algerian citizens in Britain and France. The Middle East specialist Daniel Pipes estimates this radicalized population to be some 10 to 15 percent of the Muslim world. 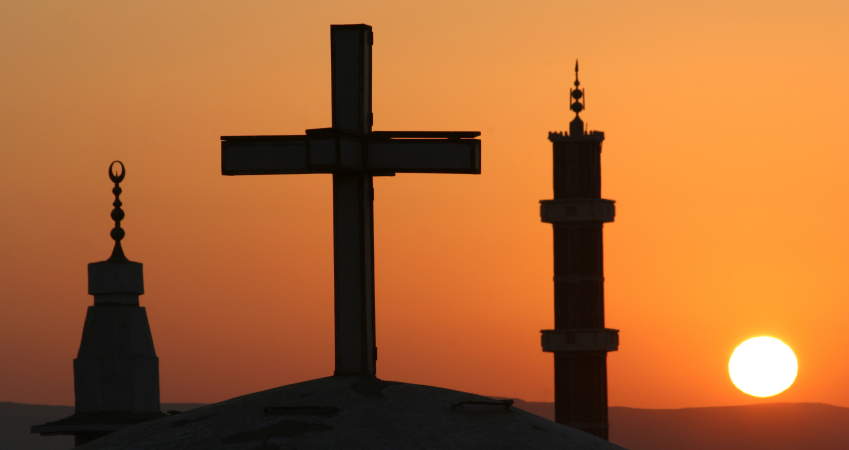