[Use if you care to.] [explanation]

Hebrews 12:22 “But you have come to Mount Zion, to the heavenly Jerusalem, the city of the living God. You have come to thousands upon thousands of angels in joyful assembly,  23 to the church of the firstborn, whose names are written in heaven. You have come to God, the judge of all men, to the spirits of righteous men made perfect,  24 to Jesus the mediator of a new covenant, and to the sprinkled blood that speaks a better word than the blood of Abel.”

Being in the Super Bowl is great fun, but what is far greater is to be able to live a super life. Hebrews 12:22-24 talks about what our hearts long for, and how God has fulfilled every need in Christ. A stadium with thousands of cheering fans is electrifying, but imagine “thousands upon thousands of angels in joyful assembly” (verse 22).

I. Five Things that our Hearts Long For

A. a sense of community

The championship game has brought everybody’s attention to focus on one place; this shows how much we long for community.

B. the joy of celebration

Consider the enthusiasm of tens of thousands of people sitting in cramped, uncomfortable seats, cheering their heads off — what if we had a fraction of that enthusiasm in worship?

You get to the Super Bowl only by driving toward a goal.

D. the admiration of excellence

We admire athletes who take God-given talents and use them well.

We don’t want a cliff-hanger game; we want a sure and certain victory.

II. How to Have a Super Life

A. “the city of the living God”

Hebrews 12:22-24 tells how God fulfills our true longings for a super life.

“The city of the living God” is for us a place to belong–in the Old Testament, Jerusalem; today your town.

But Jerusalem remains the symbol of the community of the living God, spread through the whole earth.

There are Packer fans everywhere, but that does not compare with the children of God around the world.

B. “thousands of angels in joyful assembly”

A stadium full of cheering fans is exciting, but that does not compare with thousands of angels cheering for joy as they witness God’s great act of salvation; they cheer just by seeing you respond to God in faith.

C. “the church of the firstborn whose names written in heaven”

Championships go down in the record books, but when we belong to Christ our names are recorded in the Book of Life for eternity.

D. “the spirits of righteous men made perfect”

We admire people who strive for excellence, like talented athletes or anybody in any calling; but in Christ we are joined with the spirits of believers of past generations, heros of faith whose only claim to fame is that they knew enough to throw themselves on the mercy of God and were thus “made perfect” (i.e. complete).

E. “Jesus, the mediator of a new covenant”

Star quarterbacks are wonderful to watch; but the certainty that we have to live a super life is that we have come to the head of all creation, Jesus. On the cross he looked like he was utterly defeated, but in that act of sacrifice he became the mediator of a new relationship between us and the living God.

CONCLUSION: Remember that in real life there are no scoreboards; you don’t know how many minutes remain in the game; and you don’t know when “the game” is up for you. Remember that in real life–in God’s world–sometimes what looks like defeat is victory and sometimes real losers look like they’ve won the game. The Super Bowl is great fun. But what is greater yet is to live a super life because of Christ. That’s something to cheer about. 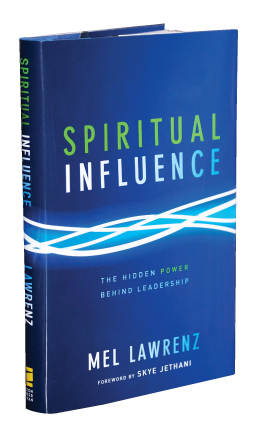