Meanwhile, Saul was still breathing out murderous threats against the Lord’s disciples. He went to the high priest and asked him for letters to the synagogues in Damascus, so that if he found any there who belonged to the Way, whether men or women, he might take them as prisoners to Jerusalem. As he neared Damascus on his journey, suddenly a light from heaven flashed around him. He fell to the ground and heard a voice say to him, “Saul, Saul, why do you persecute me?” “Who are you, Lord?” Saul asked. “I am Jesus, whom you are persecuting,” he replied. “Now get up and go into the city, and you will be told what you must do.” Acts 9:1-6

In his book, Hidden in Plain Sight, Mark Buchanan tells the true-life story of reconciliation between a woman named Regine and the man who had killed her son in the genocide in Rwanda. One night there was a knock on Regine’s door.

She opened it, and there stood a young man. He was about her son’s age.

He hesitated. And then he said, “I am the one who killed your son. Since that day, I have had no life. No peace. So here I am. I am placing my life in your hands. Kill me. I am dead already. Throw me in jail. I am in prison already. Torture me. I am in torment already. Do with me as you wish.”

The woman had prayed for this day. Now it had arrived, and she didn’t know what to do. She found, to her own surprise, that she did not want to kill him. Or throw him in jail. Or torture him. In that moment of reckoning, she found she only wanted one thing: a son.

And so he did.

It is all too rare that true enemies find reconciliation.

It was fitting that God would use the apostle Paul, who as a young zealous Pharisee persecuted the early followers of Jesus, to proclaim the gospel of reconciliation. He understood it. He had gone from being the enemy of Jesus to his ardent follower and friend. Paul traveled the whole Mediterranean world proclaiming this great message. We do not need to be enemies any longer—not with God, not with each other. Jesus makes it possible.

PONDER: How much do you long to be reconciled with your enemies? 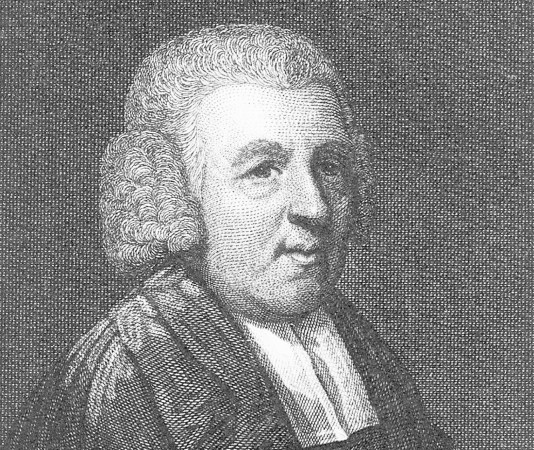 Prior to writing the well-known hymn “Amazing Grace,” John Newton was the captain of two slave ships, profiting from the trade. Whips, guns, iron chains, collars, and thumbscrews were the tools he used to control his human cargo. His radical conversion to Christianity occurred on March 21, 1748. When a treacherous storm threatened to sink his ship on a routine voyage home to Liverpool, Newton cried out, “Lord, have mercy!” From that moment forward, Jesus began to transform his life.

Newton confessed his sins and repented by changing his behavior completely. After he left the slave trade, he applied for ordination to the Archbishop of York. Obedience replaced his rebellious spirit, compassion overtook him, and the Spirit convicted him about slavery. It was by the amazing grace of God that Newton’s eyes were opened to the terrible injustice he had supported. He became a passionate abolitionist. Newton was mentor to the young member of Parliament, William Wilberforce, whose legislative efforts eventually resulted in the abolition of the slave trade.

By the time of his death in 1807, Newton had successfully pastored an Evangelical congregation and produced over 280 hymns. All of them testified to the glory of God, but his lyrics in “Amazing Grace” expressed the true freedom he experienced once he decided to follow Jesus.

10 thoughts on “Enemies No More”